Will a 4-Day Week Increase Productivity In Your Business? 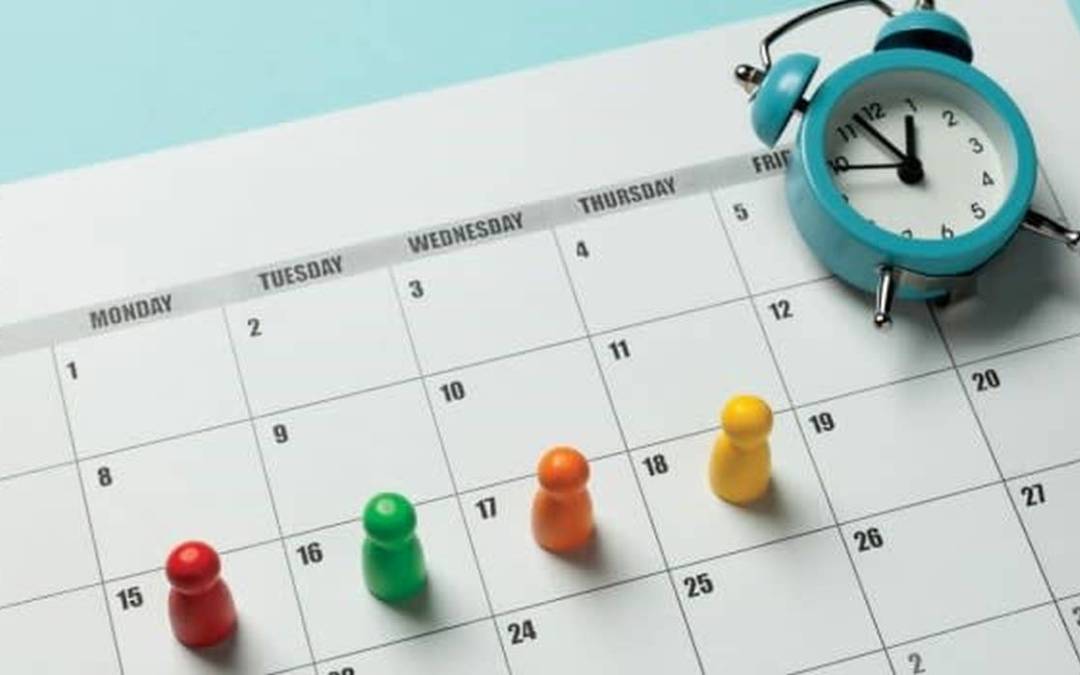 In my last post, I was looking at the concept of a 4-day week and some statistics on how American workers, particularly the younger ones, feel about this: in a nutshell, overwhelmingly positive about the concept.

A New Zealand-based entrepreneur, Andrew Barnes, came across a study in late 2017 in The Economist on workers in Canada and the UK who worked a normal 5-day week which found that they were only productive for 1.5 – 2.5 hours a day.

As he says in his book, entitled ‘The 5 4 Day Week’ which he published in 2019, people in 75 countries, and at all levels of society and business, as well as government, are seriously looking at this now. It seems to have enormous momentum, and Andrew Barnes has established a not-for-profit community dedicated to helping companies prepare for it.

So, let’s look at some of the arguments for, and against, this concept.

Productivity is not greater simply because you work more hours, as data from the OECD shows, where Germans, who work just 1400 hours per year on average, are about 70% more productive than the Greeks who work more than 2000 hours per year, based on a measure of GDP per hour worked.

In fact, it’s well-established that overworked staff are considerably less productive than those working a normal week, as this study from Sanford University showed.

Furthermore, there’s a strong correlation between hours worked and sick leave taken – people with shorter work weeks have more time to rest, recover and to take care of non-work-related tasks. A 2-year study in Sweden into a shorter work week for nurses at a care home showed noticeably fewer sick hours logged, better overall health and mental wellbeing and greater engagement with their patients, arranging some 85% more activities.

There’s also an argument that a shorter work week reduces the carbon footprint as there is less commuting to the office, less heating/cooling needed in offices, and so on.

But overall, the strongest argument for this is probably the improved work-life balance that a shorter work week would give and, as Vaughn Aust said, “Happy employees lead to happy customers, which leads to more profits.”

Probably the biggest concern for companies looking at a 4-day work week is how to ensure continued or, preferably, improved (with the expected greater productivity) customer satisfaction.

In an early 2008 ‘experiment’ the state of Utah in the US changed the work week for state employees to having longer working hours Monday to Thursday, with offices closed on Friday. This led to direct energy savings of at least $1.8m in the first 10 months of operation, not to mention the indirect savings from lower travel costs and greenhouse gas emissions (saving an estimated 12 000 tons of CO2 a year) for employees. However, Utah abandoned this in 2011 after it became clear that residents could not adjust to state departments being closed on Fridays.

Nowadays, of course, the use of chatbots and other automated tools can help alleviate this to some extent, but there still needs to be the ability to speak with somebody when the ‘robots’ fail to give the answers. For most businesses, therefore, serious consideration will need to be given to balancing the extra day off work to ensure services levels don’t slip.

Paradoxically, too, stress is often cited as increasing for those on a 4-day week as they feel more pressure to complete their tasks in 4 days instead of 5. Often, it seems, this is down to work habits and people not adjusting to getting the work done in a shorter time.

Of course, there are indirect concerns, too. Imagine, for example, if schools were all to adopt a 4-day week – what would that mean for working parents in 5-day occupations and child-care costs?

And then there’s the approach to be used. Will the company move to a 10-hour, 4-day model, reduce the hours worked to 32 per week, or find a compromise of, say, 9-hour, 4-day working? Some studies have indicated that the ‘compressed’ week of 10-hour days can lead to morale problems, especially in places where commuting times are significant as this can impact families considerably, so this needs to be thought through carefully.

Integral to this, of course, is how you will measure productivity. It’s clear that the old time-at-desk basis of measurement is no longer viable. The system was, of course, developed for the Industrial Revolution and refined by Henry Ford and others with the introduction of assembly lines, and made sense in those environments, but now the nature of most work (at least, the ‘white-collar’ work that is predominant nowadays) means that time at work alone does not equal productivity as the study which led to that Economist article 5 years ago so clearly showed.

In today’s working environment, where the nature of output from different roles can vary so much, it’s likely that measurement will vary by role/department and be a combination of task-related measurement, department level output (to encourage teamwork) and company level results, too – perhaps tied back to some sort of 360-degree feedback system at department level.

What is not recommended is using tools such as measuring productivity by monitoring computer systems logon times and/or software running times as some companies tried with their remote workers in the early days of lockdowns. Similarly, blanket bans on the use of certain applications are counter-productive – you need to show you trust the members of your team (remember TACK).

It does appear that the positives of a 4-day week significantly outweigh the negatives for most businesses, and the negatives can be worked around. However, it won’t be a fit for all businesses.

So, if you believe a 4-day week is something you’d want to look at for your business, it’s time to start planning, and preparing for what is often a significant change to company culture.

The first step is to involve your team in the process.

Ask them for their thoughts on the topic – their views of pros and cons, and of how they would see it working, including how they could organise teams to continue meeting the needs of customers and the business in a 4-day environment, and what measurement would look like. Have them think about days off. Mondays and Fridays will likely be the most popular, although some staff might prefer a midweek break, and a balance will be essential to retain service levels. Recognise, too, that it might not be a good fit for all parts of the business and allow plenty of time for people to think about this as it’s a radical change for many.

Once you’ve had the feedback you can put the outline of a plan together and circulate this among staff – being very clear on what you expect to achieve and your goals. Make it clear that this is not simply an extra day off each week, but that you would expect people to continue to meet their objectives through greater efficiency and effectiveness.

At this stage you would also want to engage with customers and suppliers, explaining what you are doing and how the new environment will be structured so that they continue to receive at least the standards of service they have in the past, if not even better through improved productivity and morale.

It’s suggested you start with a trial period, rather than a full-blown switch-over. Consider this being through an opt-in policy, with people able to sign on for a period (typically six months or a year) by committing to meeting their objectives (defined in the opt-in document at an individual and team/department level). The agreement must allow for it to be varied or removed at any time by the company, and allow for any potential seasonal differences or other conditions that might apply to your business and would mean a need for flexibility in working days.

Once the trial starts, regular feedback, preferably on a weekly basis, is critical. You’ll need to ensure service levels are not slipping and that productivity has increased to at least match, and preferably surpass, previous output and revenues. By looking at the measurement factors, speaking with customers, suppliers, and staff on any issues they’re facing and feeding back results to the team as a whole, so they can improve any areas of underperformance, you will ensure the best chance of success.

Adopting a 4-day week might really help your business improve profitability and revenues through increased productivity and morale, but it’s not for everyone and is definitely not something to implement quickly without sufficient preparation.

And remember, it’s also not irreversible – if your goals are not being achieved, if customer satisfaction is slipping and productivity is not rising, you can always revert to a 5-day week, at least until conditions change.

If you’d like to explore this concept further and discuss it for you business, feel free to book a no-cost, no-obligation 30-minute call with me here.

P.S. If you’ve enjoyed this post and would like to subscribe to my blog, simply give me your details here, and I’ll be pleased to send you my weekly update.