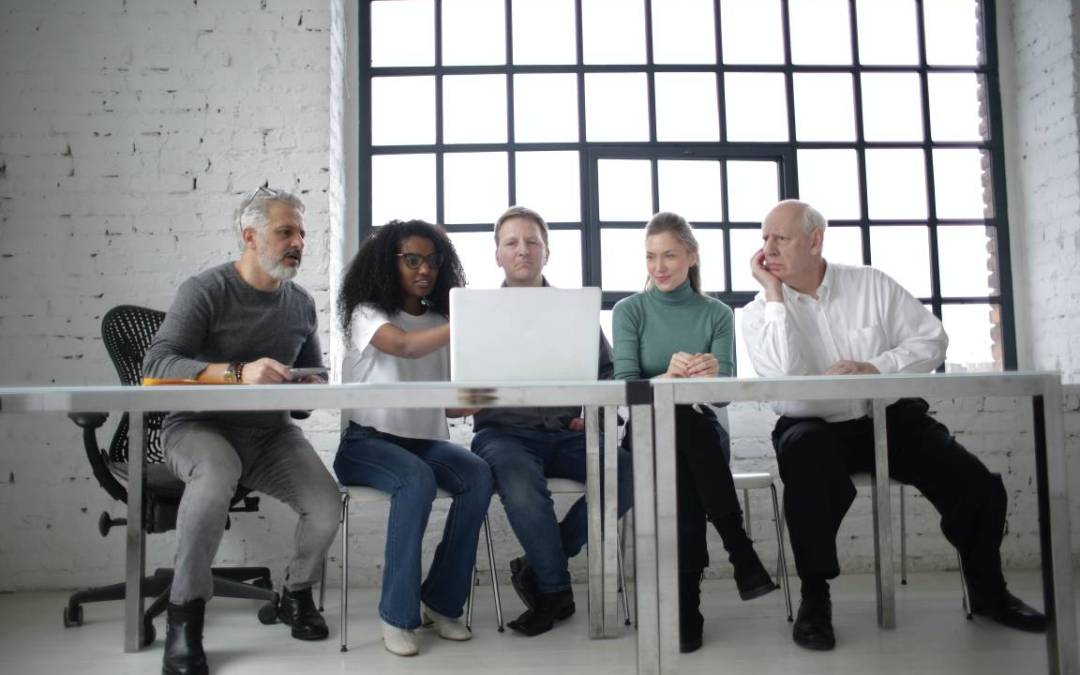 Last week I wrote about how an Unretirement policy – enabling older workers who would previously have been expected to retire – can be a significant driver in overcoming the skills shortage. This clearly struck a chord with many people, judging by the number of ‘hits’ my post had, and so am elaborating on this important trend.

In many countries, both ‘developed’ and ‘developing’, we see something of a dichotomy, where business leaders are expected to retire at, or before, their 65th birthday (60th in some countries), while voters are happy to elect people considerably older to the highest offices in the land.

In fact, among the G20 countries, which represent around two thirds of the world’s population and 80% of GDP, the majority of leaders are over 60, with the oldest being King Salman of Saudi Arabia who is 86.

Here in South Africa, a country with a relatively young population, having an average age of 27, fully two thirds of the cabinet are over 60, and the president, Ramaphosa, will turn 70 later this year.

Clearly, therefore, people look for experience and knowledge in their leaders and, as global health and longevity continues to improve, older people are more capable than ever of being productive and using their accumulated knowledge to the benefit of their countries, and for business, too.

As Foreign Policy magazine put it in this article, “Older leaders are distinct from younger ones in their skill set. Obviously, their strong suit is experience. A leader with decades of experience is likely to have encountered various crises before and to know how to respond effectively (and what mistakes to avoid). They know what it’s like to make the tough calls and to take a longer view. … they are also likely to be less polarizing.”

And this trend of aging populations is growing fast. In fact, according to the World Economic Forum, the number of people 65 and older exceeded that of the under-5s for the first time ever at the end of 2018, and is projected to be almost five times greater than under-5s by the turn of the century.

But what does this have to do with business productivity and profitability?

Let’s look at some more data from the US to illustrate the importance of this.

By 2012, there were over 106 million people over 50 in the US today, accounting for at least $7.1 trillion in economic activity. This “Longevity Economy” would, in fact, be the world’s third largest if it was a country (eclipsing all but that of the US overall and China) and being about 85% of the combined German, French and UK economies.

This group controls almost 80% of US aggregate net worth and donates some $100 billion a year to various charitable causes, representing around 70% of all charitable donations by individuals.

What’s more, the group is growing in both numbers and economic clout – by 2032, it’s expected to account for more than $13.5 trillion in economic activity (or 52% of the US economy).

And yet, so many businesses appear to focus their marketing efforts on the younger generations – those with less disposable income and net wealth. This despite the members of the Longevity Economy outspending the average consumer across most categories and dominating spending in 119 of the 123 consumer packaged goods categories and all health care ones, too. They also spend 28% more in absolute terms on cars than those under 50, and account for almost twice the spend on technology that their relative population size would suggest.

How can businesses effectively design products and services and attract buyers from this Longevity Economy demographic unless they are an active part of the workforce – workers who understand their needs, wants and lifestyles?

And that’s just one of the great reasons businesses need to develop an Unretirement Policy.

Kerry Hannon, acknowledged Unretirement expert and author of books such as ‘Getting the Job You Want After 50,’ and ‘Never Too Old to Get Rich,’, lists her 10 top reasons to hire and retain older workers in an article written for Forbes:

Loyalty and stability – older workers are more settled and less likely to job-hop. Given the cost of replacing people can add up to as much as 4x their annual package, having a stable workforce is a considerable financial benefit, not to mention the positive effect on morale and productivity.

Decision-making skills – the experience and skills of these workers means you’ve got somebody who’s able to understand and solve your problem today. They’ve seen it before and can hit the ground running, so to speak. And don’t worry about technology issues – my generation (yes, I’m one of the Boomers) grew up with it. The first computer I worked with was almost 50 years ago and I’ve seen it develop ever since, so I’m more than comfortable with technology.

Mojo – with age comes knowledge and acceptance of oneself. Older workers combine the desired combination of expertise and confidence with the experience that age gives.

Cognitive capacity – it’s a myth that older workers don’t have the cognitive capacity of younger ones as so many studies have shown. In fact, they’ve developed decades of management, leadership, communication skills and empathy, and can look at new ideas from a balanced perspective and a history of what sort of things have succeeded and failed. The bright shiny object syndrome is less likely to distract the unretiree.

Attitude – with less distractions and pressures (children, mortgages, and so on), unretired workers can focus on the job and they’re generally there because they really want to work and love the stimulation, rather than because they have pressing financial issues each month.

Collaborative – most of the workers of this age group have left their big egos behind. What gets them out of bed in the mornings is doing what they love with a diverse set of co-workers. They’re not trying to elbow others aside to get promoted, but are focused on doing the best they can, using their extensive experience, skills and knowledge.

Leadership skills – over the decades, most have developed strong communication and leadership skills. Some, of course, might be happy to take on the stress of another leadership role, but most are just happy to help train the next generation of leaders in a support capacity.

Essential skills and networks – here again, the decades in the workplace have enabled this group to not only develop professional networks but their deep experience in fields such as management, finance and marketing, together with their industry knowledge, can be invaluable.

Productivity – not only are older workers more productive in their own right, with many of the distractions and worries of younger workers safely out of the way, but studies show productivity of all age groups is higher in companies with a mix of ages in their teams.

Mentors – this has been touched on previously, but it’s important to highlight it. Knowledge and skills transfer is vital in the workplace, and unretirees can provide this. Of course, it’s not a one-way street either, as the younger workers can provide better understanding of their world to the older ones and so enhance the overall experience and enjoyment of the team.

To these 10, I would add a further one – Non-Executive Board Members. Whether you have an established board, when independent non-executive directors are strongly recommended, or operate with an advisory board (or both), the experience and knowledge that appointing a couple of older board members can bring will yield a great return on a relatively small investment. And don’t restrict yourself to people coming from the same industry/background as you: the best independent board members are those bringing fresh perspectives from different industries and experiences to the table.

So, if your current company policy is, like so many still, one of obligatory retirement at 65 (or even 60 in some cases), why?

Isn’t it time to rip this clause out of the policy and replace it with an Unretirement Policy that allows people to work for as long as they wish and are able to contribute in a meaningful way? By doing so, you’ll not only save money (replacing people is very costly), but increase productivity, workplace happiness and morale, and you won’t need to be looking around, and competing, for skills that are in increasingly short supply.

All in all, a great boost for your business. And it’s great for the economy, too.

I work with owner-led businesses to enhance their growth, profitability and business value.

If you’d like to have a conversation about your business objectives and concerns, book a free 30-minute call with me here. I’d be delighted to talk with you.

P.S. If you’re still uncertain about bringing older workers into your workforce, perhaps the book, ‘Unretirement: How Baby Boomers are Changing the Way We Think About Work, Community, and the Good Life’ by Chris Farrell will convince you.